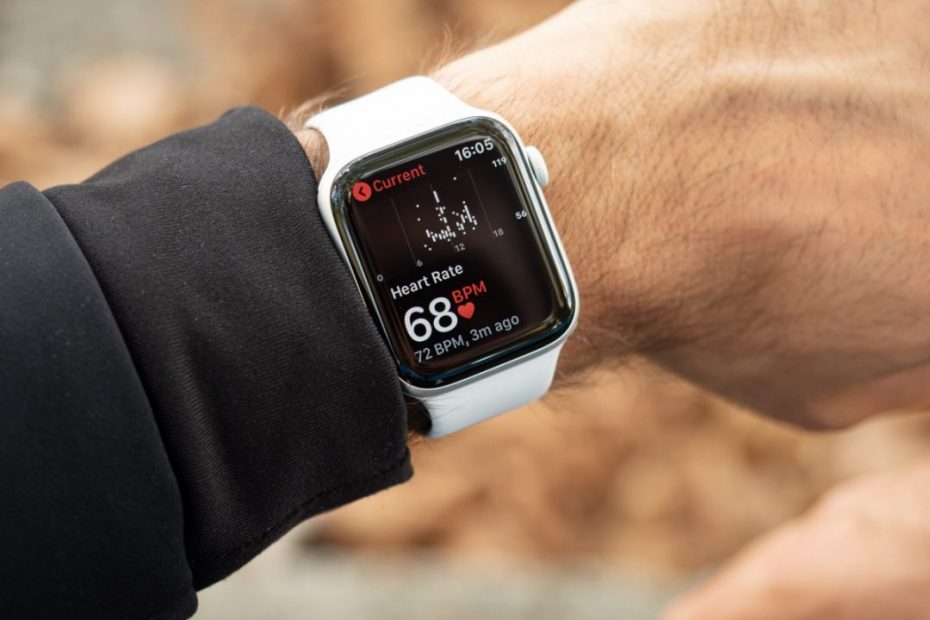 Here are 27 unknown features on the Apple watch series five and if you have an older version of the Apple watch, a lot of these will likely work with that too. So definitely give them a shot.

With that out of the way, let’s get started.

So if you go all the way back, you can see that it’s switched to the wide angle camera on iPhone.

So you can flip to the front facing camera. You can turn on or off HDR mode. You can change my flash settings. And you can turn live pictures on or off. Another fun fact is that this works in pretty much every camera mode. So right now if you are in photo mode, but switch to video, you’ll see that the icon on the bottom changes.

Let you know that you are in video mode. And if you keep going here, you can switch to slow-mo. And again, the icon changes, time lapse icon changes again. And if you go back the other way, this is portrait mode, and you can even see the notification here to telling you to move further away.

It’s obviously way too close to take that photo and Panorama is the only one that doesn’t work, which kind of makes sense because you do have to turn the phone in order to take a Panorama photo, but fortunately you can just tap this photo text and switch back to regular photo mode.

Now, in case you’re wondering, you can’t change to any other modes from the watch itself. You do have to change that on the phone.

And if you double-crossed the dial again, it will switch to the app that you had opened before that. At this point, you can just keep double tapping and it’s going to keep switching between your two most recent apps.

If you tap that icon, it’s going to take you straight into your music controls and on the very off chance, you didn’t already know this existed. If you turn the dial while you’re in the music controls, you can either increase or decrease your volume. Just like with the music app, you’ll also get an icon when you’re working out.

So for example, you started to work out and if you tap this icon, it takes you right into the workout details.

So this is a great way to kind of discreetly check the time without having a bright light shine from your wrist.

Then scroll down until you get to clock. Then open that you’re going to get an option to set the watch face display time ahead. So if you tap this, you can increase the time by say, five minutes tap set.

But if you turn that on, you’re going to be able to start taking screenshots on your Apple watch and to take a screenshot, all you have to do is press in the dial and side button at the same time. And the screenshot is then saved directly to your iPhone. So, practical application for this would be with the fitness application.

You can take a screenshot of a personal record and then later when you get back home, you can share that screenshot on social media using your phone.

Read: Raycon E55 VS Airods Pro: Which Are The Best Earbuds?

If you turn this on, that’s going to turn off the always on display and the built in heart rate sensor, but it is still going to track steps, so you are going to lose that heart rate tracking ability, but at least you’ll be able to get all of the steps, the total distance and the duration for the run.

And it will be still going to try to estimate your calories burned, but it won’t be as accurate as if it had the heart rate data.

Then there’s a setting that you’re going to want to change. If you scroll back up a little bit, you’re going to see this option called wake screen. Go ahead and tap that. And on the bottom it says onscreen week show, last app. So by default, this is probably gonna be said to within two minutes of last use.

So if you’re using an application and then you put your wrist down and you did something else for a couple minutes after a couple of minutes, when you pick your wrist back up, it won’t be in that app anymore and it’s going to be back on the watch face. If you want the app to stay there longer, you can switch it to an hour or you can have it always stay on so that you manually have to go back to the clock face whenever you want to do that.

And if you hate the fact that the app pops back up, if you’ve lifted your arm within a couple minutes, then you can go ahead and turn on never unless in session. And as you can see at the bottom, a session refers to other, the workout maps, remote timer, and some third party apps.

If you like your watch face to stay on longer when you tap it, which I personally do, you can change it from stay awake for 15 seconds to stay awake for 70 seconds.

Read: 3 Most Durable Earbuds in 2020: Unbreakable and Toughest

You can switch it from recents to favorites. And what this allows you to do is show any applications you want in any order you want. So instead of showing your recent applications, it’ll show your most recent application on top, followed by order of applications below it. And if I want to change this list, just tap edit in the corner.

Now when you tap done, this immediately takes effect on your Apple watch.

Go back to general, go to do not disturb, and then uncheck mirror iPhone again. So as you can see, you get independent control as well. So if you just want airplane mode to sync between the two of them, but you don’t want do not disturb mode to sync, you want independent control on the watch and the phone, then you can do that with these settings.

Now, this is particularly useful if you’re getting together with a bunch of friends in a big area where it’s gonna be hard to find each other.

That said, you shouldn’t be worried about accidentally calling emergency services by holding this button too long because it does make a pretty loud siren sound if you hold it past a couple seconds.

And that siren sound is just to kind of give you a heads up that if you keep holding that button, it will call emergency services.

Alternatively, you could also hold the button for a couple seconds until the menu pops up, then swipe across on SOS to call emergency services on top of immediately calling emergency services. That’s the West feature wall.

So message any emergency contacts you set up and let them know that you’re in distress and also send them your location and that’s your current location and it’s just going to continually update so they know exactly where you are.

So if, God forbid you got abducted or something, they’re going to be able to track your location the entire time as long as you have your phone with you. Fall detection is another way to immediately call emergency services and to message your emergency contacts with your location. But this is really geared towards people who are at high risk of falling.

So I recommend that you don’t turn fall detection on unless you do consider yourself a high risk for falling and getting seriously injured.

And the reason I don’t recommend turning it on is because if you’re really physically active, like you exercise a lot and you exercise hard, like maybe you do CrossFit or you do a lot of circuit training and things like that, then you may accidentally took fall detection while you’re doing those workouts.

You also see your sleep rhythm. The disruption shows you what percentage of your sleep you were disrupted by something else, so it should be like if there was a loud sound that woke you up or if you’re woken up by your kids or something like that, that’ll show up in the disruption section Average sleep HRV.

This is pretty cool. So when you use the watch to sleep track a night of sleep, sometime later on during the day, it’s going to ask you how rested you’re still feeling, and you can say that you feel completely rested, somewhat rested, or basically that you’re totally exhausted and it’s going to use that information to give you advice on how to improve your sleep quality.
Below here is a chart. The top bar means you were awake. The middle bar means light sleep, and the bottom bar is deep sleep.

And if you tap that, it’ll actually explain what they are there. And this is all included in the free version of the application. If you want to get a bunch more features, you can get a paid version as well, but the free version will definitely be more than enough for most people.

As you can see on your apple watch, some little Xs pop up as well, and if you tap an icon that has an X, you get the option to delete that application.

If instead of a long pressing, you force touch by pressing harder on the screen, you get the option to switch to list view and scroll through your applications like that. Just switch back. Just long press again and tap grid view.

But if you swipe in from one of the edges of the screen while you’re on a watch face, it’ll actually switch to different watch faces. And if you want to change the order of the watch faces, you can just open up the Apple watch app on your phone. Then scroll down to my faces. Tap edit, then long press the little three lines on the sides of any of the watch faces, and then you can just move them to wherever you want.

Let me know if I missed any unknown features of Apple watch series 5 and I will gladly add them.