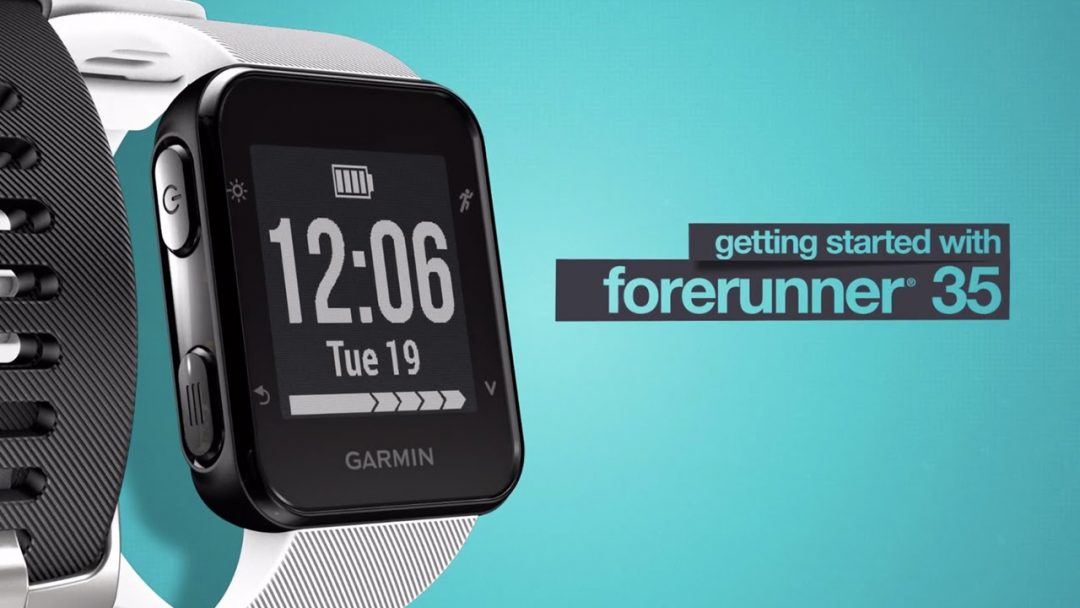 Are you looking for a GPS watch that’s going to track your next hike at a reasonable price? Then the Garmin Forerunner 35 GPS watch is just the one for you.

Hello long distance hikers and long term world travellers. We are bringing you the best tips and inspiration for hiking around the world. This is the Garmin Forerunner 35 GPS watch review.

Garmin Forerunner 35 tracks your heart rate and your calories burned, but I don’t think it’s that accurate and I don’t really use that feature anyway. I’m mainly just interested in tracking distance, time taken, and mileages on my hikes. Uh, so that’s the main reason why I bought this. I bought this from Amazon, and at the time of making this Garmin Forerunner 35  costs 109 pounds with the two year guarantee.

The first things that I really loved about Garmin Forerunner 35 is that it’s really easy to use, although there’s a lot of features on there that I really don’t use, like running and different exercise types.

Garmin Forerunner 35 is really simple, minimalistic and lightweight, and it charges super, super duper fast. I literally like within 25 minutes to half an hour from completely flat this thing really charges up all the way to full. If I plug it into my anchor power core power bank, which has Qualcomm quick charge, it charges this thing even faster, which is really good while I’m on the trail.

Read: How to Become More Sexually Active with Apple Watch?

The battery life on Garmin Forerunner 35 is insane in GPS mode, which is the most energy costly mode of Garmin Forerunner 35. I can get about 13 and a half hours out of this. So it’s really good for a really long distance hike and I can charge it while I’m on the move as well. If it runs out of battery or gets close to really dead battery, I can actually take this off, plug it into my power bank stick it in my bag while it’s charging within 20 minutes. It’s good to go again.

Read: Garmin Vivoactive 4/4S: All Smartwatch Features in One Place

Garmin watches tell you how many miles you’ve walked and it gives you a little buzz and a notification telling you how many miles are you are doing. It comes up on the screen showing you your pace and the miles walked in kilometers.

You can actually change the units if you wish to do so. No, I just like that when I was doing the South downs way, it’s really good to know what mile off the walk I was on in that day. Also, that enabled me to gauge when the next town was, where the next war point was, how far away from those things I was at that given time.

Also because Garmin Forerunner 35  shows you a very accurate reading of your pace, you can up the pace or lower the pace if you want to make sure that you’re doing the right amount of miles you want to do in that day. I think people use these Garmin watches for running together with the Strava and Garmin app on phone. But I just like to use these for hiking.

Now we’ve talked about some of the things that I really liked. Let’s talk about some of the things that I really didn’t like so much. The first real pet peeve with Garmin Forerunner 35 is that I usually have to switch it off at night. Well, make sure it’s not in my room or make sure that it’s in a drawer tucked away somewhere because the heart rate monitor, if you leave this thing on the floor, or lying around the green light on the heart rate monitor actually flashes over really bright green light at night.

And it keeps me awake. So it’s really annoying if I’ve taken the watch off and I’ve just force of habit, put it down on the sideboard or something like that. Uh, and the Greenlight is just flashing all night and it wakes me up. So that’s a really annoying feature. What would be really nice is if it knows that it’s not being worn, just switch the heart rate monitor off either that or just switched the entire watch off or tuck it away somewhere.

The second thing that I really don’t like about Garmin Forerunner 35 is in fact the charging cable. It’s made of this really unique kind of crocodile style clip, a charging cable, and it’s really hard to find one.

You have to get the official Garmin one which means you have to go to somewhere that actually sells Garmin watches to see if you can buy a spare. If they don’t, it means to you, you’ve ever got to buy one online or you’ve got to buy a completely new watch which is absolutely ridiculous. I was in a rush to get one before I went away last year because I lost it and had to go straight to the seller.

I didn’t have time to see if I could get one delivered to me online. So yeah, a bit of a pain, what we wished they should have done is actually used like a USB, micro USB kind of cable. I think that would’ve been a lot better because you can find those cables anywhere. Most of the devices these days come with a micro USB cable as standard so you could use to use the same cable for multiple devices including your Garmin Forerunner 35.

I just wished they’d use that instead of this really ridiculous unique charging cable. I’m not sure if this is the case for all Garmin watches and what type of charging cables they use but the chances are that you’re only gonna have one of these watches at a time. If you have more than one type of watch with Garmin, you might use it for different types of activities, and they might actually come with the exact same kind of style, a crocodile clip, charger.

If they’d use the micro USB connector, it’d be a lot more handy. The next thing that I really don’t like about Garmin Forerunner 35 is it takes quite a while to retrieve a resting heart rate and GPS when you’re just about to start your hike. There’ve been so many times when I’ve started a hike and I’ve put the watch on and I’ve put it into the walk mode, and I literally have to stand there for about five minutes while it finds my resting heart rate.

Another thing that I don’t like about this watch is that if you pause your hike or activity for long enough it will actually just cancel the activity.

It won’t delete it but it’ll just stop what it was doing then you have to start all over again. So far it’s going on like a 10 mile hike, and I wanted to get the whole thing in one continuous kind of recording. I paused it cause I wanted to stop to have something to eat. What’s annoying about that is it would actually stop the recording and then I’d have a split map or a split recording of that height which is really annoying cause I just really like to get an entire recording of a track instead of even half from the split tracks and then uploading it to Strava.

And maybe it’s just a little bit of OCD in me. It doesn’t really matter. It’s not the end of the day. But if you like to record hikes just like I do, you’ll probably understand. Garmin Forerunner 35  just makes it very difficult to record longer hikes. I think this is another reason why this is more geared up for people who are running because the likelihood of a runner is that they’re going to be running for a lot shorter period of time than someone who’s doing like a long distance hike throughout a day or a couple of days.

The next thing that I don’t like so much about this watch is that you can’t import maps or waypoints. You can’t use Garmin Forerunner 35 like a Garmin in reach. It won’t tell you wait points or where you are on a map. It just doesn’t work like that. That’s not what it’s for. If you want that kind of functionality then I would recommend going for something a little bit more expensive up in the Garmin range.

There are plenty of Garmin watches out there that do it. The thing is, I don’t know about the battery life and the capabilities of those watches because I’ve never owned them.

Although I do know a lot about the Garmin in Reach and what I would actually recommend doing is if you’ve got one of these already then I would go out and buy a Garmin in Reach separately and only use that when you really need to find your waypoints. So if it snows and you’ve lost the trail and you need to do some navigation then I wouldn’t rely solely on this. That’s not what it’s for. Then just whack out your Garmin in Reach and use that to use your weigh points.

There is one last thing that I don’t like so much about Garmin Forerunner 35. I mean, I do love Garmin Forerunner 35 believe me but I do wish that the strap on it was a lot more breathable. It gets very sweaty on my wrist especially when I’m hiking in hot weather because the rubber just isn’t breathable on the actual outside.

The rubber looks like it’s got like a kind of grooved kind of texture to it which I believe would have been better to put on the inside. Because then it would allow your skin to breathe a bit more but because the rubber on the inside is very flat and very smooth that actually stops your skin from breathing as much.

So I wish they’d used a slightly different material for the strap to stop the sweating which is actually quite bad especially for a watch that’s geared up to be worn as a sports watch. Sweating is inevitable.