Home » Why Do My Airpods Keep Disconnecting? 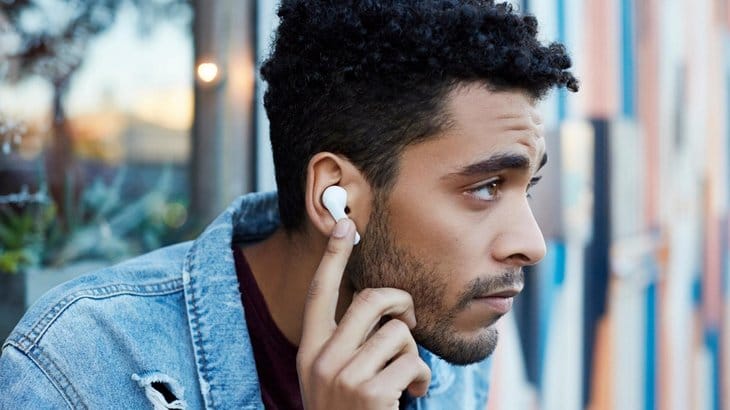 A few months ago, I bought a pair of Apple AirPods and they’re pretty cool Bluetooth audio devices. They’re a headset and headphones, and they work with any Bluetooth device, but they work especially well with max and with iPhones and iPads and things like that.

The first thing that I did was I searched the internet for what could be causing my airpods to disconnect frequently.

What kind of things can cause the Bluetooth dropouts? So I found the page on Apple’s website, that’s one of the most comprehensive in terms of the suggestions it tells you about things like microwaves and satellite receivers and a certain cordless phones and problems with LCD displays and cables and things like that.

I actually followed through on testing all of these different things. I even went as far as turning off and unplugging every single electrical device in my office, everything in my home as well as even turning off the LED lights that are in the office to give me the lighting to see if there’s anything that could be causing that interference.

I even went as far as turning off Wi-Fi of my entire house. To give a little more background, I’m actually eight feet underground in my basement in office. So this is probably one of the most radio isolated places in entire part of my neighborhood. It seemed like none of that was working, so I needed to go a little bit deeper.

The first thing I did was I opened up the Bluetooth menu. I held down the option key on my keyboard, open up Bluetooth, and if you hover over your device, you can see the RSSI. RSSI is raw signal strength indicator. It tells you the level of signal that’s coming from your Bluetooth device to your Mac.

And if you hover and click again, it’ll show you an updated value. But this is not very helpful because it’s hard to do something like move back and forth and see what the value does.

I found pretty quickly a cool tool from Apple. You have to be an Apple developer to be able to download it.

If you go to the developer.apple.com download section and go down to “see more downloads”. You can download this tool that’s part of the additional tools for Xcode 8.2. It’s called the Bluetooth Explorer, and this app will let you see a graph of the RSSI over time as well as some other cool and interesting information.

It’s helpful for diagnosing hardware issues with Bluetooth devices whether it’s your headset or a mouse or a keyboard or something like that.

First thing that opens up are graphs. And I hit start over Bluetooth Explorer to start logging information and it gives you the raw signal strength as well as transmits power link quality things like that. And there are some interesting graphs on Bluetooth Explorer showing the data rate. So whenever there’s a sound that plays, the data rate jumps up cause it’s sending data to your headset.

A retransmission also is an indication of if you don’t have very good signal quality. It starts kind of backing up in terms of the audio that it’s sending. So it has to retransmit bits to your headset. So if I hit play in iTunes, the data rate is gonna jump up because it’s starting to send that audio straight to my headset.

And I’m hearing one of the best soundtracks ever made. If I hit pause, the data rate will drop off because it’s not sending any data. So these are some great tools for seeing how good the quality of my audio connection is. How good is the quality of the connection to the computer?

So once I had Bluetooth Explorer running, I decided to see, because I sometimes noticed that if I only had one of my AirPods in the connection would be a little better and more reliable.

So what I did was I took out one of my AirPods put it away, and then I looked at the graph and solid happened, so I just took out my right air pod, put it in the case. And now the signal strength seems to be going way down a little bit. It’s still going down a little bit and it seems like it’s flattening out around -64 somewhere in that range.

So now I’m going to put it back on and I will take out left air pod after this one stabilizes. Actually, that’s interesting. I put it back in and now the signal strength is jumping way down, and usually when it gets below 75 or so, that’s when the signal dropout starts happening and you can see also retransmission keeps going up.

That means it’s having to send a lot of data over and over again to get it to get to the both AirPods so I’m going to take out the left airpod and we’ll see what happens. And immediately you can see that the connection jumps back up. So that tells me that something’s up with one of these two AirPods.

And now with just the right one in the signal strength jumps back up again. So knowing this, I could see that there’s about a 15 DB difference between these two AirPods when I have them both, and then there are a lot of times when the connection drops out.

I’m guessing that’s because the left one is not having a very good time maintaining its connection to the computer.

So armed with that knowledge, I went ahead and contacted Apple support and they set up a genius bar appointment for later today. So I’m going to go back, uh, go to the Apple store and see if I can get at least a new left AirPod because it seems like it’s the left air pod that’s causing all the trouble.

I want to know if you’re having any, any trouble with your AirPods. If you’re seeing something similar to this, please let me know in the comments below. I already actually got a new case because my charging case had some sort of vampire power draw issue where it would be, it would go from a hundred percent to 0% charge in a couple of days enven if I didn’t have my AirPods in it.

I’m thinking that maybe I’ll just need to get everything new. I’m wondering if the reason for this is because I actually put my order in right when it was available and I got the AirPods on the first day of availability.

Maybe those early AirPods that were manufactured had some defect in them. I’m not sure.