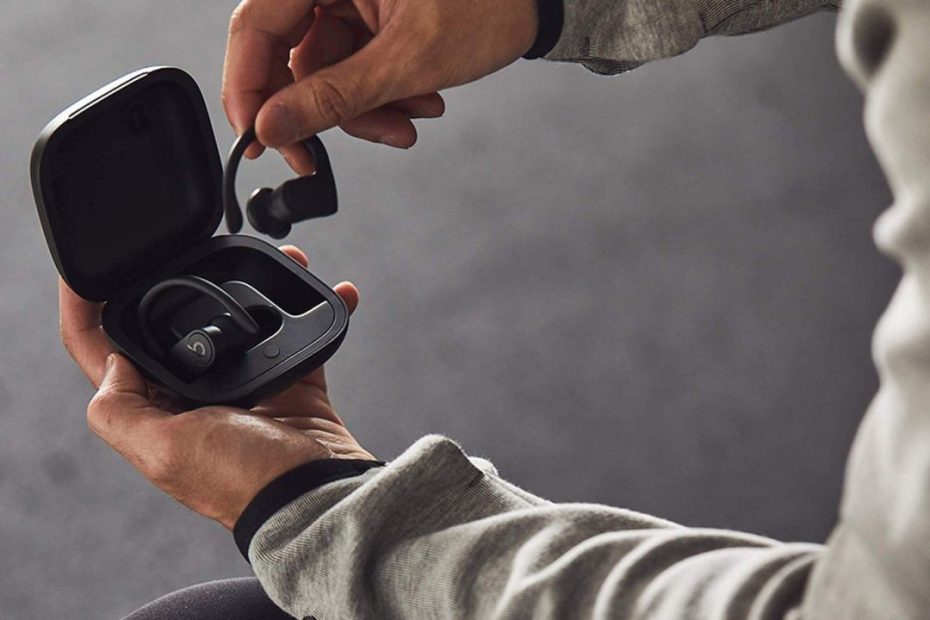 Billboard true wireless earbuds have distinct sound quality, up to 33 feet away Bluetooth connection, water resistance and secure fit for any kind of ear size.

How do you hear your music? However, I’m born to be chimed in on Billboard. Now, if you guys are unfamiliar with Billboard, you probably shouldn’t be listening music at all. However, Billboard is that number one place that we go to look to see if our music has charted, Billboad reports to you.

What music has charter in the position that the music is being ranked at based on spins based on popularity, based on sales. So billboard is one of those places that you would rely you on giving you accurate information or billboard has done something that I didn’t even know they were doing. They got into the technology business and that is so big.

And the reason why I say it so big because they delve into sound and what they did was they created some wireless headphones. Now you come to expect that if it’s coming from a billboard, that it should be top quality.

And we’re going to basically do a Billboard true wireless earbuds review and find out how actually it is.

First thing I want to make notices is, has a beautiful package, very professional, very durable, or nothing cheap at all. It is what to be expected as what should be expected when you’re dealing with a company like Billboard.

Of course, these are wireless earbuds, but they do double as well for your Android, iPhone or any kind of Bluetooth device that is compatible to Bluetooth version 4.2. Billboard true wireless earbuds are gear hooks, controls your microphone, you can control your volume.

It quickly syncs to your smartphone. Billboard true wireless earbuds provide noise cancellation, you know what I mean? Which is really great. And, and if you see it says compatible to iPhone, iPad, Android, whatever. But the thing that I like more than anything is that 33 foot range, and I’m going to talk about that later on as well.

All of the rights and trademarks are registered to Bluetooth SIG.

Now, of course, like I told you, billboard is a very big name in the music industry. So you would expect that they will attach their name to something that is great when it comes to technology features and other things like that.

The packaging is pretty doable. I mean, it looks like, you know, you drop these things in a store, or if you were sending them as a gift, you wouldn’t have to really worry about damage.

And I’m now one of the cons that I’ll say is that the charger that they provide for you, it’s very short. It’s not a very long charger. It doesn’t come with a power source or anything like that, but you know, for the price that you’re paying for, I’m assuming it’s worth it now. The charging time of Billboard true wireless earbuds is up to two hours.

They have the ARD that tells you that should be for your right ear. So they basically instructing you to which ear each headphones should be on. Now, the thing that I love the most now is right in the front, outside of the branding for billboard that they have the power, the volume, and the, hang up button and features, which is great.

So you basically control the volume power headphones. Now, what I love the most about the actual headphones. I love the fact that these are noise cancellation, and what I mean by that is when I stick these in and I have music on, I can’t hear anything, but what I’m listening to literally, and that was so phenomenal to me.

I didn’t have to use many additional earplugs and make them fit mine here, your hole or your loop or anything like that. And that says volumes to me. I also liked the fact that I can use it as a wireless feature for my phone.

I found that great. Now the audio quality, when recording from the mic to your phone, to me wasn’t that great. And maybe because when I was using the feature, I was inside of my car and I was actually recording a voice message to my iPhone to someone that I was communicating with. It came out a little, not necessarily the greatest, but again, in fairness, I was in the car, which is where you receive a lot of noise based on road and things of that nature.

So in fairness, I’m, that might be one of the issues that created that lack of sound quality that I was looking at. But overall, when it comes to sound quality, I was amazed at how it sounded. The depth at the voice, mid highs, all the ranges basically, and frequencies were basically captured properly and they were basically equalized out, which is very impressive.

But overall, like I said, love the quality of the Billboard true wireless earbuds themselves.

The wiring isn’t really flimsy. Um, I also liked the fact that you can utilize these up to 33 feet away on it, full battery. And also, you know, when I say a full battery, you have to charge it for four hours to have a complete full battery. So I did like the fact that Billboard true wireless earbuds were usable up to 30 feet away.

Unlike other wireless or Bluetooth headphone sets that I’ve used from the past, if you get about 10 feet away, it starts bordering. It starts dropping the sound. And they really become unusable. Billboard true wireless earbuds are what surprised me. I was actually able to use these particular headphones at my home.

I was able to leave my phone and the kitchen and walk to my bedroom, which is approximately about 15 to 20 feet away. I had no problem hearing anything that I was podcasting, so I would definitely say that these are best wireless earbuds that are definitely worth the money. Now, since I bought up money, let’s talk about the money as a whole.

I was actually able to pick up these particular headphones for $10 which was so amazing. I do know for the price that I paid for Billboard true wireless earbuds and the quality and the 33 foot distance that I’m able to utilize these headphones on, it was well worth the money.

So if you guys are in the market for some great wireless earbuds that you need for your cell phone or mobile device and, or just for listening to your music around the house. Billboard might’ve come up with something. That’s pretty great to use guys.