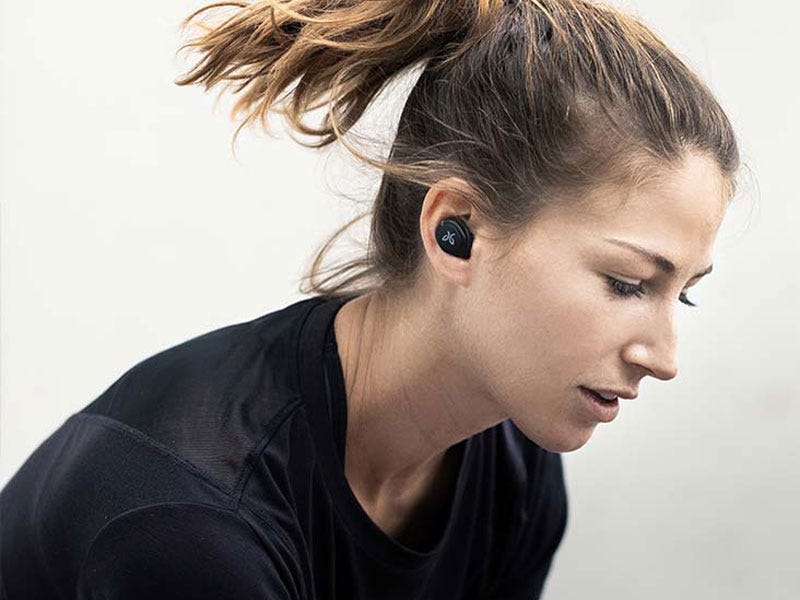 I’m always impressed by how quickly third-party manufacturers are working to match the experience Apple delivers with their AirPods except at a much lower price. Something, I haven’t seen yet or what some might consider MKBHD’s dream earbud and that is matte black AirPods.

Rumors of black AirPods have been around since the first generation in 2016 and reached an all-time high before the release of AirPods pro. But it has yet to materialize, and that’s led many people to look for alternatives.

Now, one alternative is getting Apple’s AirPods painted black by a third party, but that process is very expensive and doesn’t include certain areas like the case interior.

So the most reasonable option for many who want black AirPods is to find third-party headphones that look and perform as closely to the real thing as possible. And what I have for you today is exactly that.

These are the iTeknic, and you’re about to learn everything you need to know in this matte black airpods review.

Now let’s start off with the unboxing experience. Your iTeknic will come in stealthy black packaging that feels really sturdy and features a product photo on the front, and it’s a logo on the sides.

Now, if you’ve read any of my previous earbud reviews, you’ll notice that all of their boxes opened by lifting their lids.

But iTeknic switch things up by adding a ribbon to pull the box open, which is probably a good idea since sometimes lids can be challenging. Now, once we pull open, we’re greeted by a black insert that you can easily lift off to reveal cardboard envelope containing the user manual, which is pretty straight forward.

And under that, we find the iTeknic matte black airpods themselves plus a small cardboard box that you can remove using pull tab and contains a black USB to lightning charging cable. Although I should mention that the charging case of matte black airpods is capable of wireless charging. So judging by the packaging, it’s clear.

Matte black airpods are emphasizing the color black very heavily, whereas Apple’s AirPods are still all about the white. So let’s take a closer look at the iTeknic color because there are some details worth pointing out. First, this isn’t just black, it’s matte black, which I find to be more modern and premium than glossy black.

But what takes things to the next level is the soft touch material they use. It gives the headphones in charging case a velvety texture which means they not only have a premium look, but also a premium feel.

The charging case is completely covered in black including the interior which I don’t think I’ve ever seen done before, and it gives the matte black airpods a more complete look rather than opening the black case and being blinded by white on the inside.

Now, color aside, this design is virtually indistinguishable from Apple’s own AirPods. We have an LED indicator on the front that turns orange when the battery is low, a lightening port on the bottom for charging as well as a button on the back for Bluetooth pairing.

Although the ITeknic do feature a wireless connection, chips similar to the H1 on AirPods and allow them to be paired simply by opening the lid.

But what about the headphones after all, that’s what you’ll be using to listen to music and make calls. Well, matte black airpods are pretty impressive. Not only are they the same compact size as the AirPods, but they have some of the same technology.

For example, if you remove an Urbanpod while listening to music, it’ll detect that it’s been removed and pause the song, and of course, it’ll automatically resume playback once reinserted.

These headphones also have tap controls, two taps to pause, play, or answer calls in three taps to skip forward.

Now, if you’re familiar with Apple AirPods, then you may have some questions about how to customize these tap controls, but unfortunately, that’s not possible with the iTeknic.

I should also mention that there’s no way to trigger Siri since there isn’t any passive “Hey Siri” support and the tap controls can’t be customized to activate “Siri”.

Although this never bothered me during my testing since I don’t use Siri very often anyway, but it is something to keep in mind.

Read: Why Do My Airpods Keep Disconnecting?

Now, up until this point, the matte black airpods have been successful at achieving a near AirPods level experience. They deliver the same compact design, one tap pairing, wireless charging, tap controls, and ear detection technology that we all love about the AirPods.

But there are some areas where the iTeknic fall short, and I think you’ll be happy to hear about one of those areas, which is the price.

Wireless charging AirPods retail for $200 which is pretty expensive and out of reach for many people. But iTeknic matte black airpods 2020 are almost a quarter of the price coming in at just $60 so it isn’t hard to imagine that some compromises have to be made to reach that incredibly affordable price point.

Let’s start with the battery life and my testing. I was able to achieve a little over three hours of use before having to put them in the charging case, which is exactly what’s advertised, and while that is less than the five hours you’d get with AirPods, it’s still pretty impressive and likely more power than you’d need at one time anyway.

I’m also happy to report that the charging case delivers the same four charging cycles to the earbuds that my AirPods do.

That’s really important since you may be charging them more often. When it comes to microphone quality, I had some mixed feelings while making calls.

I was told my voice sounded the same as when I used AirPods, but when recording voice memos on my iPhone, the iTeknic microphone left a lot to be desired.

While iTeknic don’t achieve the same level of sound quality as AirPods, the difference isn’t as dramatic as the microphone quality.

Out of the box, iTeknic matte black airpods may sound a bit off due to poor calibration and it makes them sound flatter than they actually are.

In order to achieve the best sound quality from matter black airpods, I recommend going into your music apps’ equalizer settings and adjusting it.

That way the bass and trouble are more in balance which gives your music noticeably more depth.

So that being said, was I able to enjoy my music with the urban pods? Yes, I absolutely was, and I was also able to enjoy phone calls. Since call audio is fed through both headphones instead of only one, like I’ve experienced on other low cost headphones.

So I’ve covered the strengths and weaknesses of iTeknic and discussed how they compare to Apple’s AirPods, and now it’s time for me to make a recommendation.

But before I do that, I just want to reiterate that the iTeknic matter black airpods are just $50 and therefore aren’t even in the same class as the AirPods. So it’s kind of unfair to compare the two head to head.

If you have $200 to spend on a pair of headphones, AirPods are the best in their class. The problem is most people don’t have that much to spend, but still want the convenience and style that AirPods deliver. And if that sounds like you, then I highly recommend iTeknic.

They’re matte black color and AirPod design makes them just as comfortable, secure, fashionable, and portable as the real thing and their tap controls, ear detection, wireless charging and one tap setup makes them just as effortless to use.