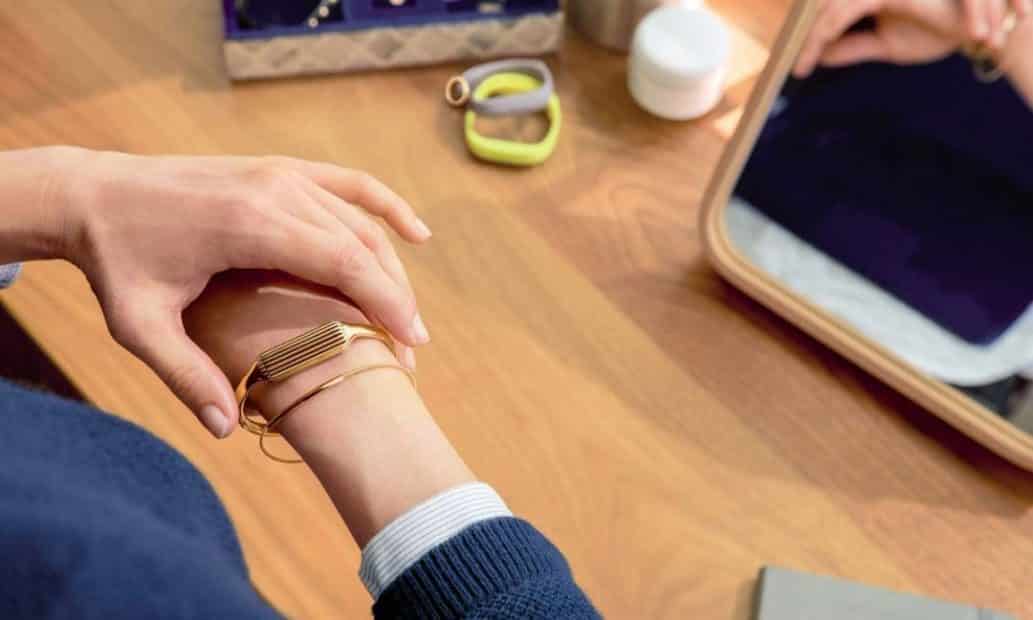 Fitbit Flex 2 is the latest upgrade to one of Fitbits more entry level fitness trackers. At first glance, it might appear to be little more than a fancy pedometer, but that’d be a very unfair judgment of a device that actually has a fair few tricks up its sleeve or of your sleep.

Fitbit Flex 2 is really worth it in 2020 because it might not have the advanced features like Apple Watch Series 5 or Fitbit Charge 4 but it does have auto detection of activities, a sleep tracker and GPS which are great for entry level fitness enthusiasts.

Let’s take a closer look and see if the Fitbit flex 2 is right for you.

So first up, let’s look at the design. This is a little hard to judge things. The design can be pretty much whatever you’d like it to be. That’s to say that the main brains of the unit can be removed and then inserted into a range of different accessories. The device itself is absolutely minuscule and weighs under an ounce, meaning that can easily work in a variety of form factors.

The Fitbit Flex 2 included rubber bands, both in black, one large, one small looked nice enough and a plenty spelt for wearing all day. You can also find a ton of first party and third party alternatives, which include an attractive bangle and even pendants.

There should be something here to suit everyone, meaning that you can complement your own style and get the device to work with your routine.

There’s no screen on this device like the one you’d find on the Fitbit Charge 2 or you do get a five small LEDs. These can be used for very basic notifications. Or to show you how close you are to accomplishing your step goal. Double tap on the band and you’ll be shown a corresponding number of likes to indicate your performance so far.

So say your step target is 10,000 and you’ve done 4,000 steps, two lights will shape and so on. Tapping is sometimes unresponsive though, leading you to jab at the thing like a madman.

And I find myself half wondering if this was a sneaky way to get us to burn more calories. Flex 2 has no heart rate monitor GPS, which means it isn’t going to be a good choice for serious athletes, but that’s clearly not who this is aimed at.

It works well as a step counter and seems to be pretty consistent with the results from my Vivoactive HR and that information along with some basic metrics such as height and weight, will then allow the Flex 2 to estimate your calorie burn for the day. Now, without asking for your body fat percentage or taking your heart rate meeting, this isn’t going to be terribly accurate.

It should be good enough for most users though. And what’s important here is that the calculation is consistent. And that the numbers are moving in the right way.

It also handles basic sleep tracking and it’ll auto detect when he goes off. In theory, in my experience, it hasn’t been terribly accurate.

However, it seems to think I’m sleeping when I’m awake a lot of the time. It’s nice to have it there when it does work though, what it does do remarkably well and what makes this much more than just a pedometer is auto detection for activities. So if you go for a run or a walk in, the Flex 2 will automatically detect the activity and log it for you.

This works really well. And the algorithms, it must use a mind boggling. I’ve had it auto-detect runs, walks, and even swims a pretty shotty swimmer. So the latter was especially impressive. After 17 minutes of rest, I was able to review my number of laps and the rough number of calories burned.

And yes, that of course means that devices will say waterproof. The full list of activities that the Flex 2 detect are walking, running, cycling, elliptical, training, sports, aerobic exercise and swimming.

Unfortunately, there’s no option to log a weights workout, though I tried keeping unwell. I did my usual calisthenics and pumping iron and I didn’t get a peep from it, so this isn’t going to cut it for most gym rats, which is a shame with a name like Flex.

Other than that unfortunate omission, though I deeply believe that Fitbit is the best in the business when it comes to activity detection. One more fitness features, the obligatory movement reminders, which causes the device to buzz when you’ve been sitting for too long. This is pretty standard by this point, but it’s well implemented here.

So this is definitely no smartwatch, and if you’re looking for an assistant you can wear on your wrist, and I think you should look elsewhere. However, the Fitbit flex 2 does offer very basic notifications for texts and calls. That’s to say that if you receive a message or a call, you’ll get a small light and vibration to indicate that it does also support what’s happened, Hangouts, et cetera.

But you can only use one messaging app at a time.

The last point to consider is the battery. It lasts roughly four days on a full charge or as Fitbit likes to put it up to five days. This isn’t great when you consider that many fitness trackers with a screen can last significantly longer, but then again though, it makes more sense when you factor in the tiny size of the unit.

What I do find irritating is that you only get a small notification to warn you when your device is running low on charge. That’s pretty easy to miss, and it led to me failing to record quite an active day when I actually walked around 13,000 steps. On the software front, Fitbit always had one of the best Android apps of any fitness tracking solution.

The interface is clean and it’s generally easy and intuitive to find your way around. And Fitbit is also included a lot of built in additional functionality here too, such as the ability to map your walks or runs using the GPS or the option to track your calories by scanning barcodes or entering foods manually.

Fitbit Flex 2 also syncs with all the major third party solutions such as my fitness pal, Runkeeper, and a Monday. But it’s nice that the functionality is built in for those just starting out. You get plenty of encouragement from Fitbit Flex 2 with badges awarded for various milestones and a strong social element.

So the Fitbit flex 2 is a well-designed fitness tracker that has lots of neat features and serves as a great introduction to Fitbit’s excellent software and eco system. It’s a small, convenient device that can take on any look to match your style and that will easily survive dip into the pool. While it might lack advanced features, it’s nevertheless smarter than you might expect it to be.

Thanks to a highly capable app and brilliant activity auto detection. It’s not a viable option for serious athletes, but for those looking to just shed a few pounds or improve their basic fitness, it’s definitely one of the better options on the market right now.