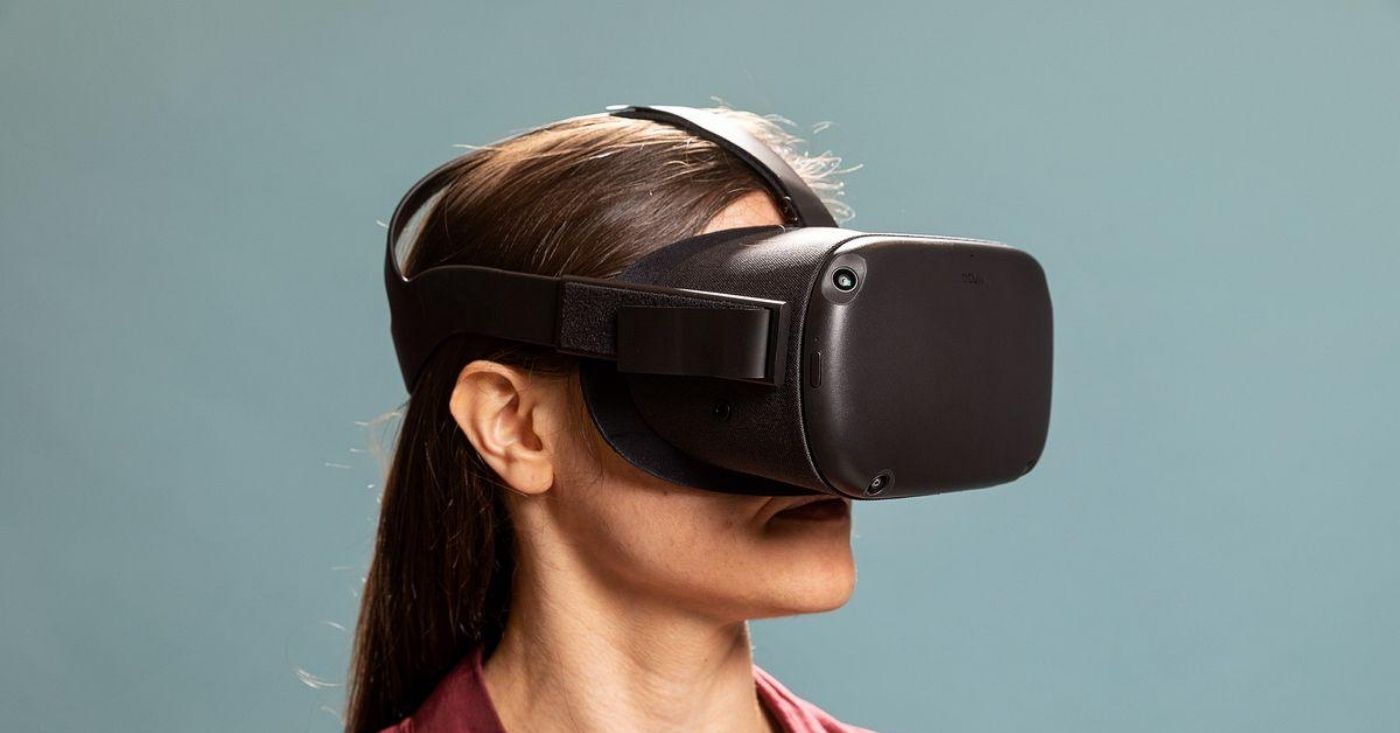 If you’re looking for the best VR headset for VRChat, you’re in the right place as we’ll be discussing several options in this article. While some of them are quite high-tech, others are simple mobile add-ons that can transport you to the alternate worlds of games.

But how do you choose the best VR headset? If you’re buying a headset for the first time, you’ll need guidance. Even if you’ve already used one, you’ll need some help choosing a new headset as the technology keeps improving daily.

Before you buy the best VR headset for VRChat, you must know a few things. In this section, we will discuss some factors to be considered before purchasing a headset.

VRChat has some PC requirements that are accessible from their website. Just to simplify, your PC should run Windows 8.1 or higher and have a 4GB RAM. Also, it must have NVIDIA GeForce® GTX 970 / AMD Radeon™ R9 290 or above and Intel® i5-4590 / AMD FX 8350 processor or above. Plus, the computer must support DirectX Version 11 for you to use VRChat.

If your PC doesn’t fulfill the requirements, you should either upgrade it or get a new PC. There is no use of buying a VR headset for VRChat if your computer does not have the required specifications.

If you’re looking for a VR headset with superior audio quality, you’ll find the Vive VR headset to be an ideal pick.

Make sure you check the audio specs of a headset before buying it as some headsets need ‘Bring Your Own Device’ or BYOD for the ultimate audio experience.

Since VRChat offers different environments, you can choose the headset that supports all or most elements. The HTC Vive and Oculus Rift S support all aspects, while other headsets only support few features.

Let’s discuss some of the best headsets for VRchat available in the market.

The HTC virtual reality headset offers vibrant colors with 2880 x 1660 and sharper details. Also, it has impressive tracking that covers all your movements to the nearest millimeter.

As for the audio, you’ll have a ball of a time with the high impedance headphones and their noise cancellation technology. Moreover, it has an ergonomic design, which allows full comfort for enjoying your favorite games.

Along with the headset, you’ll also get unlimited VR playing for over 700 games for two months.

With a display size of 2.89 inches and a resolution of 2,880 x 1,440, this is one of the best headsets that you can invest in. It has a refresh rate of 90Hz, which is suitable for most gaming titles.

Moreover, a 100-degree field of view means that you won’t miss any action. Also, it has tracking sensors, including a gyroscope and a magnetometer.

Equipped with Acer’s technology, the headset eliminates the need for external sensors for interacting with your environment. As a result, you can get information about your surrounding more efficiently and move freely.

As soon as you get the box, you can start playing as no extensive setup is required. Plus, if someone talks to you during playing, you don’t have to take the headset off. Simply lift the flip visor and get in touch with the real world around you.

You can’t possibly talk about VR headsets without mentioning Oculus Rift. It allows you to play tons of games already present in the Oculus store. Besides, the next-generation lenses and crisp display ensure that you enjoy every game to the fullest.

Oculus employs improved optics in their headsets, which means that you’ll be able to experience vivid colors. Additionally, the Halo headband speaks for the ergonomic design, which is suitable for speedy movements.

Now, you can beat all your friends in any game because the Oculus touch controllers make sure that your throes and slashes in the games are as realistic as possible. Without the need for external sensors, the headset translates all your movements, no matter what direction they are in.

Believe us when we say this: you can’t really go wrong with Samsung. This headset has a 3k AMOLED display with a 110 field of view, letting you experience virtual reality the way it was meant to be enjoyed.

Along with that, the auto-adjust contrast and ultra-deep blacks show even the tiniest detail from the darkest scenes. The headset also gives you easy access to the Windows Store, where thousands of games are waiting to be played.

Thanks to the AKG headphones, you’ll be able to experience premium sound. Apart from using high-quality materials, Samsung has also focused on the comfort level of the user. This headset is 10% lighter than average headsets and sits comfortably on the user’s forehead.

With the headset, you also get two months of unlimited access to all your favorite titles.

When it comes to simulation, the HTC Pro Eye is hard to match as it delivers incredible graphics and text. Plus, it is built for comfort; thus, it sits perfectly on your forehead. It caters to different head sizes so that you don’t get tired during extended VR sessions.

With the headset, you also get two months of Viveport Infinity to play over 700 games with your buddies.

This Sony VR headset delivers incredible performance, transporting you into a new world, where you can experience sounds and visuals in the best possible way. You don’t need to set up anything as the VR follows a plug-and-play system.

Owing to its Advanced 1080 display, the headset can run up to 120 frames in a second, letting you enjoy every second of the gameplay. Plus, it has 3D Audio Technology, which means that you’ll be able to hear sounds coming from all directions.

Get Sony PlayStation VR from Amazon

The all-in-one headset saves you from the hassle of wires, leaving all limits behind. While armed with the Oculus touch controllers, your gestures in the game will be seen in realistic precision.

No matter where you are, it takes a few minutes to set up the controllers so that you can play in your home or at your friend’s. Similarly, the headset offers the same level of performance no matter how big, or small a space is.

Thanks to the Guard technology, you won’t knock over anything around you, making sure that you play in a controlled environment.

If you want to experience the world of VR truly, opt for the Google Daydream View, which can be used for much more than just games. From enjoying concerts to sports matches, you can experience everything in a panoramic 360-degree view with this VR headset.

Made of breathable fabric, the Daydream is exceptionally lightweight and comfortable for all head sizes. Possibly the best thing about the Google Daydream is its connectivity to the Daydream app, where you can find tons of games to play.

All you have to do is put your phone (which is Daydream-ready) in the headset and enjoy your favorite movies, sports matches, and VRChat.

Get Google Daydream View From Amazon

Now that we have discussed the best VR headsets for VRChat, you can easily make a decision about which one to choose. Obviously, on the top of your head, the Oculus Rift will seem like a good choice, but there are plenty of other options, too, as we have mentioned.

Depending on your personal preferences and PC specs, you can choose a headset for VRChat and everything else related to virtual reality.

Take your time to decide which headset you want to choose as you’ll be spending a few hundred bucks. Let us know which VR headset you decided to buy and why it is the best choice for you.