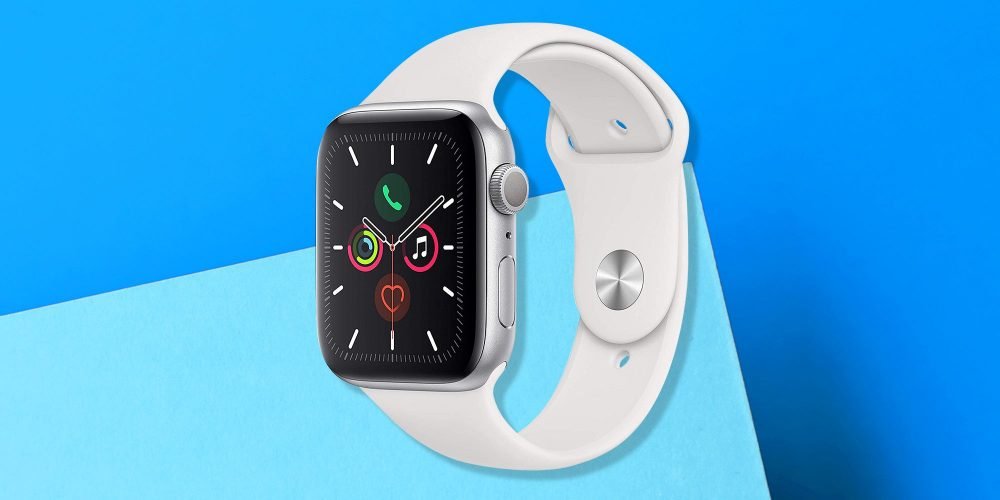 Apple Watch Series 5 is curbing the competition with new always display-on feature. This Apple Watch is sporty, amazingly designed, and contains mouth-watering specs and bestselling in 2020.

Critics claimed that Apple Watch would never be as successful as Apple iPhone and IPad are but considering the reputation Apple Smartwatched have got in recent years, they have been proven wrong. Apple Smartwatches have been assumed to bestselling in consequent years.

For an introduction, these smartwatches only work with iPhone 6S or greater version. These smartwatches do not work via Bluetooth. Apple has intelligently linked its smartphones with smartwatches so that buyers have to buy both thus creating an additional revenue channel for the company. But it does not matter because iPhone has great qualities and specifications that nobody will bother to question the company.

The main difference in Apple Watch 4 and Apple Watch 5 is that later has added a special feature of keeping the screen always on. However, the design was amicably redone in earlier version.

This feature was included in many smartwatches of other companies but was absent in iPhone watches. This cool feature is essential for telling time. No pun intended, but everyone asks time to a person who is wearing smartwatch.

Till now, screen will turn on when someone touched it or moved to a certain position which was difficult when I was in hurry. Now it is easy to watch time by just having a glance on the screen.

The Apple Watch Series 5 has been of highest quality. It has been equipped with excellent strap and you must try sport loop. The pleasure and content that you feel by this wearable on your wrist is unmatchable.

You can wear this even diving into swimming pool till the depth of 50M. It’s completely water resistant.

One can Watch the screen in any conditions. Screen has sufficient brightness for all kind of light conditions. It’s beautiful and crisp. It has been so beautifully crafted that even fans of round designs prefer this rectangular Apple Watch. This Apple Watch Series 5 still has that haptics feature which lets you know something has happened by vibrating and tapping the Watch.

Nowadays, everyone is wearing smartwatches and it’s difficult to recognize the company. Apple Watch Series 5 is available in many colors and shades. Every person has unique personality and likeness therefore preserve your personality with unique design of Apple Watch. By the time you wear this great Watch you will be recognized among “Apple Watch” people.

There are so many changeable faces which Apple provides along with customisable dial operations. Also, there are many widgets for weather, timers and activity. These widgets are called complications. This Apple Watch has numerals duo face but without date on it. There is also meridian analogue but without numerals options on it. On 44mm Apple Watch Series 5, it’s still hard to glance because of round analogue. These miniature complications are hard to ignore.

Definitely Apple Watch has to do more than just being a timepiece.

It has great notifications system. Just a little on your wrist and you will come to know that something has happened. All that apps provided by Apple work great in this smartwatch. Also, third party apps work good. There is a app in the smartwatch called Nest and Ring for watching photos from camera.

Features of Siri and Apple Pay

You handle your transactions with your Apple Watch Series 5. By double clicking the button, a card will appear so that you can show the seamless debit card to anyone.

Siri also work great on smartwatch but it can contain same glitches that it shows on iPhone during poor network connection. Sometimes, Siri opens even when I don’t want it to. Similarly, Siri does not get you when you ask difficult questions just like it does not offer clear solution on iPhone or iPad.

Another problem faced is that Apple Series Watch 5 does not offer google maps which bothers allot. However it does have its own Apple maps which are getting better with passage of time.

With the passage of time, Apple has provided greater fitness tracking facilities within its smartwatches. Apple Watch Series 5 is a capable fitness tracker. One can use its multi purpose fitness tracker system. It can track or record fitness but it has again omitted sleep recording or tracking. One of its workout app has ability to track number of fitness activities.

These activities include running, yoga, swimming, hiking, cycling, running and walking. It also records sports like dance, fishing, badminton, hockey, table tennis and football. There is also a built in feature which sends you notifications for daily workout but if you are getting annoyed then you can turn it off.

Everyday health tracking with Apple Watch Series 5 is great. You can measure heart rate throughout the day, sending you notifications twelve times a day with the help of newly built in app. But it can contain some glitches like showing abnormal heart rate even when you are not doing much physical activity.

By placing your fingers on the crown for thirty seconds you can take ECG (electrocardiogram). This fitness tracker provides you notifications of real-time waveforms is your heart rate is abnormal.

This Apple Watch provides you complete fitness tracking form burning of calories, exercise time period, hours you kept standing etc. You will be surprised to know that Apple Watch Series 5 help you track down the numbers of steps taken, distance covered and stairs climbed.

However, Apple Watch does not authorise you export data but you could do so with the help of third party apps. This fitness tracker also helps the women to track menstrual cycle. Another cool feature of Series 5 Apple Watch is that it sends you notifications if you are present in noisy area. Further, it tracks volume intensity of music that you listen on your iPhone and recommends volume for good hearing. Easily best GPS tracker watch for kids as well.

Many of you believed that due to always on display, this smartwatch would consume battery quickly but its not the case for Apple Watch Series 5. Experience of using Apple Watch lets us know that this smartwatch has two day practical battery lifetime.

During testing it came to know that for thirty six minutes of activity on smartwatch, it only consumed 2% battery. During this time, it monitored heart rate, running and its display was kept on.

Apple Watch Series 5 has enabled 4G. It is available in various materials and two sizes (44mm and 40mm). There are also versions without 4G. Price starts at $414 with cellular enabled and size 44mm.