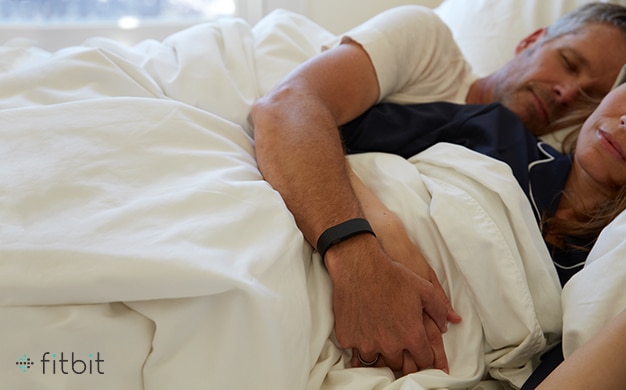 If you use the Fitbit app, you may have seen they’ve started to include a new Fitbit sleep score metric in addition to the information about how well you slept the night before. So, you can go down in the Fitbit app and you can see for yourself. If you go into sleep, you get the same data you used to get with the number of hours that you slept.

And you can drill down into the sleep stages, but they’re also now giving you single number metric from zero to 100 rating the quality of your sleep. And you can see it varies a lot day to day. It’s a lot of different factors going into Fitbit sleep score.

Today, I got a 68, which is fair considering I slept five hours and 30 minutes.

Yesterday though, I only slept about four hours and 58 minutes, but I actually got an 81 sleep score. So the Fitbit sleep score is not necessarily only looking at the amount of time that you slept. It’s giving you an overall metric that summarizes a lot of different information that your Fitbit is gathering about your sleep.

When Fitbit sleep score was introduced in late August of 2019, they haven’t yet rolled out the service. They’re probably going to be wrapping around this, which is Fitbit premium. It’s been announced, but it hasn’t been rolled out yet. So they’ve just given us the sleep score not a lot of information on work goes into it or a lot of ability to drill down into it.

So if I go into the Fitbit app, I just see my sleep score. It’s very good actually. I found it very accurate and a good reflection of how I actually feel the next day, but there’s not a lot of information on what goes into Fitbit sleep score.

However, I was actually invited, and I showed this in other articles to do a beta test of the sleep score feature about a year ago, when they were initially starting to test it out.

And, I loved it at the time. They basically did this beta, then they shut down the sleep score service for a while, and now I’m really happy to see they rolled it out again. And they’re probably, again, going to be building it into the Fitbit premium offering. But you know, what goes into that score.

I think some of the data that I learned and information I learned in the beta is really helpful to start to understand, you know:

What determines your Fitbit sleep score?

So there are three factors that they highlighted at least in the Fitbit Beta sleep app. And the three factors are sleep duration, sleep depth and a nebulous idea and they call revitalization.

It also looks at your wake and and sleep times so trying to get that consistent. And those are the data that go into sleep duration. But overall, I think that’s a pretty straightforward metric. You can pretty clearly understand how that’s looking at just how much time you spend asleep.

Also that’ll probably look at how often you wake in the night. If you’re waking up a lot in the night, you’re going to have a less restorative sleep.

It’s not necessarily that one is better than the other. They just serve different functions. Deep sleep is more stored in theory for the body. REM sleep is when you’re dreaming and it’s probably helping to consolidate information and make you feel more mentally rested the next day.

But actually higher REM sleep can be associated with things like depression. So there’s a lot of different complexity going into that.

So they’re looking at sleep depth and probably a lot of different factors and sleep depth to try to determine how deeply you slept, not just how long, cause they would say probably that it’s better to have a shorter, deeper, more restorative sleep than to have a longer sleep where you’re not sleeping as deeply and not sleeping as well. So that’s the second factor.

And then the third one I think is probably the most interesting. It’s called revitalization. This is sort of a summary of a, they don’t say exactly what it’s looking at, but it was sleep breathing differences, heart rates during sleep compared to your daytime heart rates.

You can’t read your SPO2 rating or anything, but it’s looking at how much oxygen is in your blood. I think Fitbit will eventually show that data. They’ll probably use it to target sleep apnea, and in the meantime, I think they’re probably working it into this revitalization metric. Revitalization in determining Fitbit sleep score is differences in your heart rate when you’re asleep versus your daytime resting heart rate.

So these are getting really into some pretty proprietary functions of Fitbit. But that’s the revitalization score in the Beta.

And they broke these three out into separate categories. So you could get your overall Fitbit sleep score for the night and then a separate score for each of sleep duration, sleep depth and revitalization.

My guess is when they roll out premium, they’re probably gonna have that same breakdown where you can see that and you’ll have to pay a little bit more to do it, but, you’ll get more data than just the single metric Fitbit sleep score like we have right now.

You got a zero to 100 summary of how good your sleep was, but it’s looking at the amount of time you spent to sleep, how often you woke, the time you went to sleep, the time you woke up. And it’s probably comparing across a metrics for your age and gender as well.

So, a lot of data going into Fitbit sleep score one metric. And again, I’m hoping when they roll out premium. That they’re going to break it down, probably provide recommendations for how to improve each of those sub metrics. Maybe they’ll introduce more beyond the original three. I really look forward to seeing that, but in the meantime, that’s a general sense for how they’re coming up with that Fitbit sleep score number number.

And again, I find it works really well. I think Fitbit sleep score is a great summary of how I feel the next day and it’s great to see, even if you don’t sleep that much. Like four hours and 58 minutes on Saturday, I actually got a pretty good sleep and 81 score. So, you don’t have to feel guilty about not sleeping the amount you’re recommended.

And you know, I did feel pretty good that day. So, we found this helpful in any way.