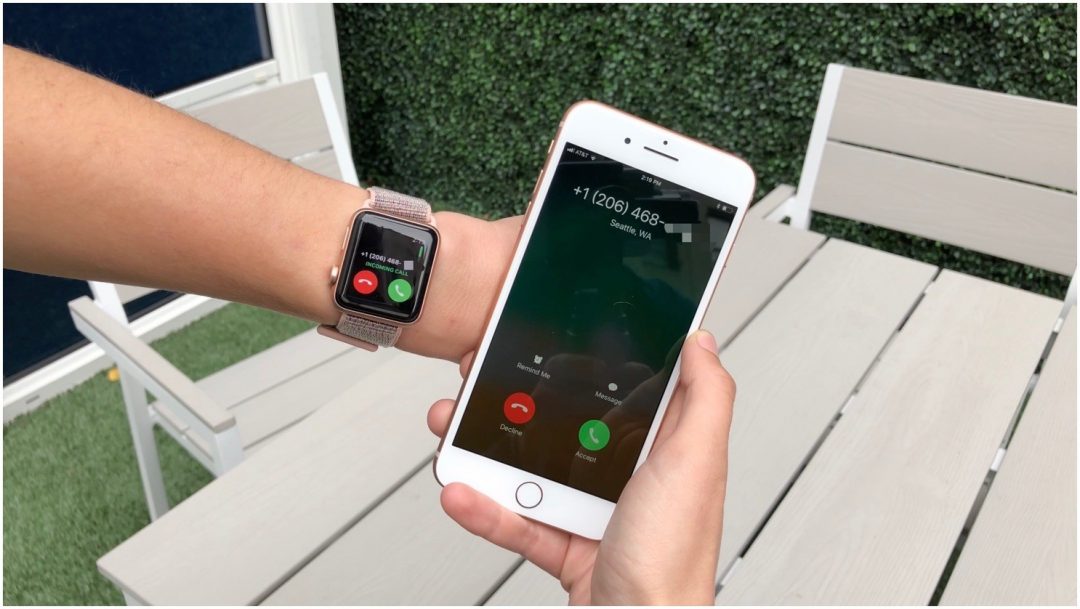 I’ve tried a lot of different smartwatches over the years, while some are better than others, I still haven’t found any that I think come close to the Apple watch. Of course, that’s just my opinion, and I know a lot of people will think differently, but something I think maybe all of us can agree on is that one of the things that sucks about the Apple watch is the fact that it doesn’t work on Android phones.

Apple doesn’t offer an official Apple watch app on the Google play store, and there’s no way you can just hop into Bluetooth settings in paired the two.

But in this article, I am going to show you how I’ve been using the Apple watch, not necessarily on, but with my Android phone in a way where I’m getting all of my calls, text messages, emails, Twitter notifications, and more right on my Apple watch without killing the watch’s battery.

How To Connect Apple Watch to Android?

Now, fair warning to anybody who may be looking to replicate how to pair Apple watch with android phone. This method is expensive. And like the more functionality you want out of the watch, the more expensive it’s going to get. Also, the ability to receive calls and text messages will require an Apple watch with cellular.

And some of the futures may not even be available to you, depending on your wireless carrier. However, this method works on T-Mobile carrier so this method will be based on this.

The first step in entire process of connecting Apple watch with Android is one that you’re not going to like, but it’s an unavoidable step because without it, the Apple watch won’t even be able to tell the time.

And that is that you’ll have to get yourself an iPhone. Hey, I did warn you this was going to be expensive. Now the iPhone you get isn’t going to be your main phone, so you don’t have to get a brand new one.

You can just pick up a used one on Amazon with the only real requirements being that the iPhone works and can be logged into iCloud and that it’s compatible with the Apple watch that you’re trying to use.

Otherwise, for the most part, you’re just going to leave it at home, plugged in, and always connected to Wi-Fi. So once you have your iPhone, once you’ve paired it to the Apple watch, the next step in pairing Apple watch with Android is to turn that iPhone into a little notification server that will power all the Apple watches notifications.

So from here, there are two ways you can go about it. You can just get an Apple watch with the cellular connection and sync it with your iPhone through iCloud. And you know, I did it this way initially and it works great. You get all of your app notifications, but it absolutely kills the Apple watch batteries.

So the second option is really much more sustainable. Connect your Apple watch to Android phones for that data instead. In this way your Android phone can do the hard work of providing an internet connection.

Leveraging much bigger battery and yes, you heard me correctly. I said, connect the Apple watch to your Android phone, because you know, while you can’t pair the Apple watch using Bluetooth, you can technically connect them using Wi-Fi.

To do this, all you have to do is create a Wi-Fi hotspot on your Android phone and then temporarily connect your iPhone to that Android hotspot. That way the iPhone will automatically save the network info and sync it with the Apple watch.

So when you’re out of the house, far away from the iPhone and you turn your Android phones hotspot on, your Apple watch will automatically connect to it.

Giving it the internet connection it needs to sync your app notifications with your iPhone back at home without absolutely killing its battery life.

Apple’s own numbers say that the Apple watch can last up to 18 hours on a Wi-Fi connection, and in my experience, I’m able to get through most days with like 40% still remaining. Of course, while the Apple watch’s battery doesn’t suffer using an Android hotspots.

Using an app like Tasker, you can say your phone to automatically turn the hotspot on and off when you leave the house and when you get back. In fact, you can do this for as many locations as you want. It doesn’t have to be just your house. So in order to maximize battery life, what I did was I took my iPhone with me to the office one day.

I took it to my parents’ house. To some of my friend’s houses, basically anywhere that I spend a lot of time and I connected the iPhone to their wifi networks. That way, anytime I’m at one of these locations, my Apple watch has their Wi-Fi network saved and it can connect to them instead of having to rely upon my Android hotspot. I just made sure to set up a Tasker profile to toggle the hotspot off at each of these locations.

Read: Apple Watch GPS VS Cellular: Which You Should Buy?

And as a result, the total hit on my Android phones battery is pretty limited, like I’m able to get through a full day without much of a problem since the hotspot stays off most of the time. On the days where I’m traveling a lot, there’s obviously a bigger hits, but you know, I’ve never had my battery die on me because if I do notice my Android phones battery getting really low, I just toggled the hotspot off and let the watch use its own LTE connection.

But the point here is my Apple watch always stays connected and therefore always syncs my notifications through iCloud with the iPhone that I have back at home.

For most people, I’d say this is the point where you might want to stop because you’re getting your app notifications in addition to the Apple watch’s great health features, and so far the only real cost is a used iPhone, and maybe a hotspot plan if your plan doesn’t already include it.

But if you want to keep on going, the next step in this process is to enable the ability to receive calls and text messages even though you have your SIM card in your Android phone. Now, like I said earlier, this step is going to come down to your carrier and whether or not they support it, I’m using T-Mobile here in the United States.

So that’s what I’m basing this entire example on. So T-Mobile has a service called digits, which I believe is called number share on Verizon, and a number Sync on AT&T.

I’m not sure about the other carriers and other countries, but in a nutshell, what this service does is it allows you to have the same phone number on multiple devices.

So what I did is I added a digit line to my cellular Apple watch. I put my maintenance SIM card and the iPhone because if I did it any other way, the Apple watch got stripped of its connection for some reason, and I added another digits line for my Android phone.

Meaning all three devices has their own independent cellular connection, and all three are tied to the same exact phone number.

So when someone calls me on that number, all three devices ring, and if I make a call from any of these devices, all three will use that same phone number. It actually works really well for calls, but unfortunately it doesn’t really work when it comes to text messaging, even though you’d expect it to because of iMessage.

But you’ll stop getting them on the Apple watch because iMessages how the iPhone syncs messages across devices. So what can you do? Well, at least with T-Mobile and the United States, there is a solution because in addition to the digits lines that you can add, T-Mobile also has a digits app that lets you send and receive text messages from any internet connected device.

So what I did was I turned iMessage off and I installed the digits app onto the iPhone and. Boom, anytime I get a text message, while I don’t get it through the actual messages app on my watch, I do get it as a digits app notification since it’s being mirrored from my iPhone back at home.

But there you go. That is how you can use the Apple watch with Android phone. It isn’t a perfect solution. It’s expensive and not everything works. For example, you still can’t control the music playing on your Android phone like you would be able to if you’re using an iPhone.

But at the same time, it’s the best solution that I’ve been able to find, like being able to get your calls, your emails, your text messages, your app notifications, while still getting the Apple watch’s great health features, and without having to give up your Android phone, it’s pretty cool, right?

It feels like you’re getting one foot out of that walled garden. Is it worth it? Probably not for most people, especially if you’re trying to get calls as the extra monthly cost for those additional lines really starts to add up. But then again, Apple loves to share stories about how the Apple watch is saving lives.

You got the answer for does apple watch work with Android, now comment and let’s know the experience of pairing Apple to Android phone.